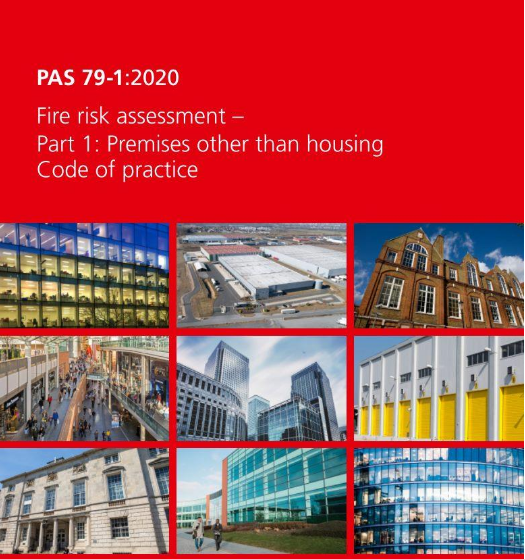 We are proud of our Principal Fire Safety Advisor, Colin Bassnett and his commitment to help drive forward improvements in fire safety. Colin contributed many hours, over a series of meetings, to join the steering group charged with reviewing PAS 79 2012.

PAS 79, which was last revised in 2012, provided generic fire risk assessment guidance. However, professionals within the housing sector were particularly keen to see more housing-specific recommendations being developed. A decision was taken to revise PAS 79, updating the existing PAS, renaming it as Part 1, and introducing a new, housing-specific Part 2.

The programme for the PAS production was set in October 2019 with a projected publication date of 7th December 2020. A target, experience demonstrated was not likely to be hit. But under the expert guidance of Sophie Watson, BSi editor, the relentless drive of Colin Todd MBE, and the enthusiastic and thoughtful contributions of the fourteen strong steering group, made up of equal representation from the Fire Safety Sector, Housing and UK F&RSs, over the course of more than 1,500 man hours, both documents were published bang on target.  Quite a feat bearing in mind the 1,200 comments arising from the public consultation process, each of which had to be reviewed, considered and responded to.

PAS 79-1 and PAS 79-2 are codes of practice, whereas PAS 79:2012 was a guide. PAS 79:2012 was already written in the form of a code of practice – the change in status is simply to recognize this, noting that guides are not usually of such a nature as to sustain a reliable claim of compliance.

PAS 79-1:2020 gives recommendations on how to carry out fire risk assessments that will protect the occupants of non-domestic premises, e.g. employees, contractors, visitors and members of the public

The scope now excludes blocks of flats, sheltered housing, extra care housing, supported housing and certain houses in multiple occupation (i.e. those falling within the scope of the relevant fire safety legislation), all of which are now covered in PAS 79-2:2020

It also gives recommendations for fire risk assessments that are outside the scope of fire safety legislation but are designed to protect residents of blocks of flats, sheltered housing and extra care housing in the event of a fire in their own flat.

If you would like more information regarding the implications of PAS 79 and how this will impact fire risk assessments conducted at your properties please get in touch.